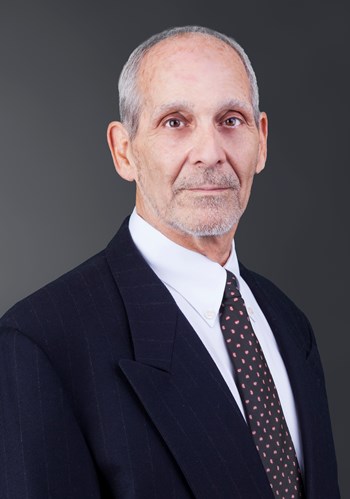 Mr Sloan first started in real estate in 1978 as an industrial realtor for J M Klein Associates of Paoli, PA. During his time there, J M Klein became one of the leading brokerage firms promoting the new Great Valley Corporate Center in Malvern PA and working with a young Williard Rouse. During his time with Klein Mr. Sloan worked on both industrial and office transactions in and around Delaware County PA. and Southern New Jersey. He completed a number of lease transactions with some of the largest developers in the area at the time such as Sun Real Estate Group, The Henderson Group, Pureland Associates and Rouse and Associates.

In July of 1982 Mr. Sloan joined Barry Mertz as one of the two original sales people he would bring on when starting Mertz Corp. During Mr. Sloan's original 16 year tenure at NAI Mertz, Mr. Sloan was responsible for the sale and leasing of several million square feet of industrial space and office buildings, as well as some hundreds of acres of ground throughout the Southern New Jersey region.

In the spring of 1999 Mr. Sloan became associated with a shopping center developer, Penn Real Estate Group of Bala Cynwyd and was with them for most of the next 12 years. In that time he assisted the owner of the company with property evaluation, site selection work and the ground up development of several food anchored shopping center properties in New Jersey and the tri-state region. Among the projects Mr. Sloan worked on were shopping centers anchored by Wal-Mart, BJ’s Wholesale Club, Stop ‘n’ Shop, Genuardi's, and Acme. He also worked on smaller centers which included tenants such as Michael's, Bed Bath Beyond, Old Navy, along with many other nationally recognized corporate credit clients. Mr. Sloan would also help the company at different times with management of selected properties and the leasing of some of the existing shopping centers owned by the firm.

Mr. Sloan has also been a residential landlord for 20+ years having owned and managed a number of smaller multi-tenant properties in and around the Upper Main Line area of sububan Philadelphia.

In the spring of 2013 Mr. Sloan rejoined NAIMertz Corp to assist the firm in retaining corporate contracts, focusing on the sale of retail properties and associated investment type real estate.

Mr. Sloan has handled all manner of industrial, office, retail and ground up commercial development transactions in his 30+ years in real estate. This includes dirty industrial sites with brownsfield or ground contamination issues, existing facility sales, operating business sales and new construction leasing and sales. He has also assisted site selectors with locating and evaluating raw ground for the feasability of commercial or residential development. Mr. Sloan has successfully worked through all the entanglements that can hinder many transactions as they proceed. Having had this experience allows Mr. Sloan to see down the road a bit and steer his clients clear of the dead ends or pratfalls that can derail or delay them in obtaining their objective.

We’ve updated our policies. By continuing to use this website, you agree to the use of cookies and similar tracking technologies described in our Cookie Notice.